The homebrewing scene in the Philadelphia Area is pretty kick ass. Though the ALEiens are the most fun club in the area, we are definitely not the only club. We love all our brewing brothers and sisters and we like to share the love between groups. Check out some of the other homebrew clubs in Philadelphia and its suburbs (and maybe a few far away!).

P.A.L.E. A.L.E.S. (Princeton And Local Environs Ale and Lager Enjoyment Society) is a non-profit club which provides opportunities for people with a common interest in home beer, mead, and cider making to exchange ideas. Club members will provide helpful tips from fellow home-brewers. Bring your brew to the meetings; beer will be judged on its taste.

The Keystone Hops are an informally organized club of new and experienced brewers, ready to share advice, as well as beer, mead, cider and wine. In a relaxed and friendly environment the members will celebrate successes, commiserate over problems, and join together for a wide range of activities.

A club dedicated to enlightening the masses, educating the uninitiated and advancing the skills of brewers across the valley. 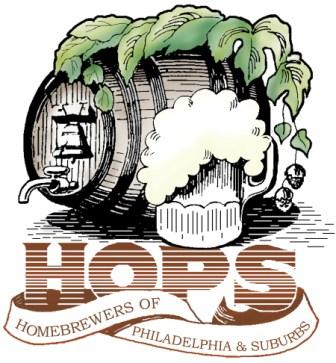 Homebrewers of Philadelphia and Suburbs (H.O.P.S.) is a local club run by and for homebrewers in the greater Delaware Valley. Meetings are held approximately monthly at area B.Y.O.B. restaurants or at Home Sweet Homebrew. Activities include discussions of brewing methods and beer styles, demonstrations, competitions, annual events, and of course samplings.

Meetings are open to everyone; we have no official membership fees or rituals. If you're a homebrewer, or you're interested in becoming one, come on out to a meeting! You'll find we're all just a bunch of homebrewing beer geeks like you probably are. {Trust me, you'll fit in just fine!} If you'd like to share something you've brewed, two 12oz. bottles are usually enough for everone to get a taste.

The Stoney Creek Homebrewers formed at the inaugural meeting in April 2007, upon the adoption of our Constitution and Bylaws by unanimous vote. The club is named after the Stoney Creek in East Norriton, Pennsylvania, in which we bathe in the moonlight during the Harvest Moon (or is that another club?).

It is the goal of the G.L.U.B. Club to impart a passion for home brewing, to not be afraid to try something new, and to above all have fun!

The Woodbridge Homebrewers Ale and Lager Enthusiast Society (WHALES) is an AHA registered homebrewing club based out of Central New Jersey. The club aquired its 60th member in October 2009 which marks the largest membership in its 13 year history. Despite the beer-centric name, the club is also equally involved in the production of mead (fermented honey), ciders and wines.

Meetings are held monthly on the first Tuesday at the Iron Hill Brewery Maple Shade. The meeting begins at 7PM in the back room but feel free to stop by a little early for a pint at the bar.

Welcome to the home of the Mile High Monks. We are a Denver area homebrew club which sets itself apart from other local clubs by actually brewing beer at every meeting.